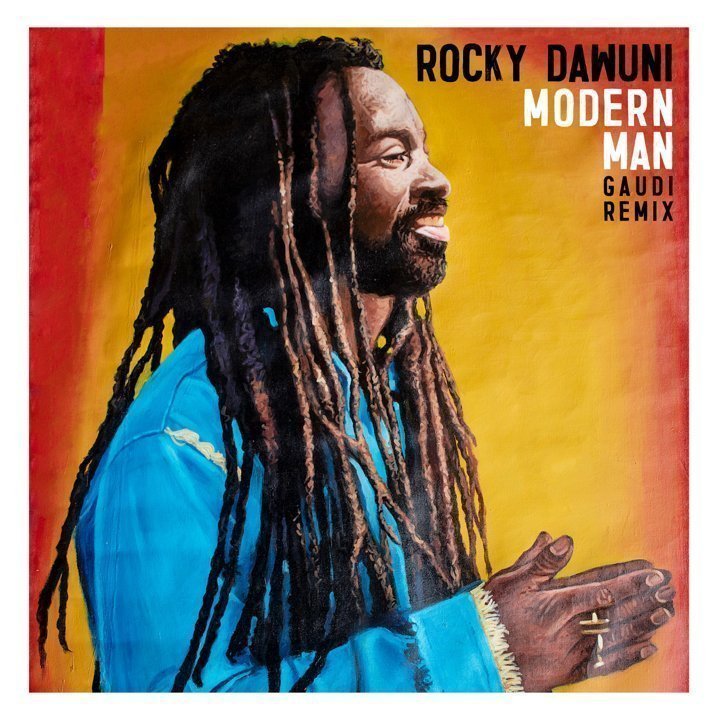 “What you gonna do, you are living in public view, yet you are reading everybody’s news,
Modern Man.”

Rocky Dawuni’s “Modern Man” from this new album “Beats of Zion” is a catchy yet poignant song of the times. This modern Reggae song weaves the beauty of classic dub elements, soulful rhythms and powerful lyricism to creating a track of bold and current relevance. The song is an indictment on the current state of the world where technology and social media obsession has captured the attention of society at a time when major world changing events and challenges require collective engagement. The advent of fake news, mass surveillance, loss of privacy, artificial intelligence and technological addiction has contributed to an amplified a state of confusion while climate change, dwindling forests, food scarcity, and social inequalities put human society at a generational cross road.

The ever-versatile Gaudi stepped in do this fantastic remix “Modern Man” which was released in celebration of International World Reggae Day on July 1.  With his career spanning over the last three decades and 18 solo albums under his belt, music producer and solo artist Gaudi’s unique style and versatility has kept him at the forefront of his field throughout a notable and prolific music activity. There is a natural sensitivity to Gaudi’s music which enables him to unify different forms of sound from around the world and represent them in his own personal style, while at the same time, most importantly, keeping the heart, integrity and significance of the cultural roots. “The conscious lyrics of ‘Modern Man’ by Rocky Dawuni trace a perfect picture of how man lives nowadays in the PRESENT era, with a positive hope projected into the FUTURE. With my production I felt the need to cover also the PAST in order to have the full spectrum, so I went fully analogue and organic using vintage studio equipment mixed with acoustic instrumentation.  This song is beautiful, well done Rocky, well done all!” – Gaudi

Now available on all platforms: https://rockydawuni.lnk.to/modernmanremix

In a time when divisive rhetoric is on the rise and the political climate prefers to build walls over bridges, Rocky’s album Beats of Zion is a refreshing message about global unity and a worldview of oneness. Rocky passionately states, “We live in a time when the elements of international morality need to be proclaimed as a guiding principle for how we engage and deal with each other, between individuals, between communities and among nations. It is a time for global mobilization for action on challenging socio-political issues like the environment and the refugee crisis. Beats of Zion is the drumbeat of war against apathy and re-energizing the forces of love and hope.” He concludes, “Beats of Zion is the rhythm of change beating from a distance and getting louder to awaken positive consciousness.”

Sales Link for all platforms: https://rockydawuni.lnk.to/beatsalbum