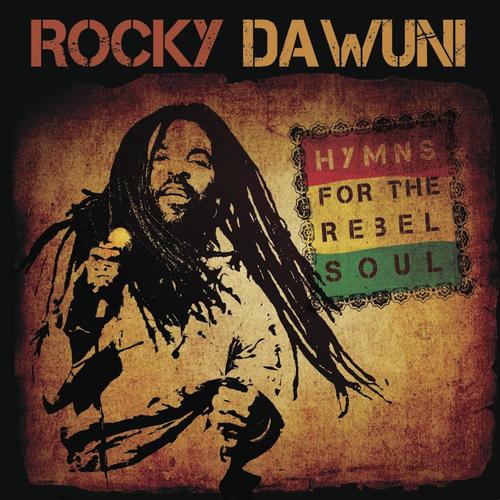 International music sensation Rocky Dawuni’s  CD, Hymns for the Rebel Soul, was released by Aquarian Records in 2010. Dawuni describes the 11-song album, which was recorded during the recent transformative U.S. Presidential election, as an uplifting

exploration of social and global consciousness. The music was crafted to reflect the common spiritual, political and social aspirations felt by people around the world. Hymns for the Rebel Soul features melodic acoustic tracks like “Jerusalem,” a personal ode to the Holy City as well as the poignant social commentary of “Walls Tumblin Down,” the new roughneck anthem “African Reggae Fever” and the “Lover’s Rock” vibe of “Extraordinary Woman.” His track “Download the Revolution” appears on Electronic Arts’ video game FIFA Soccer 2010 which has already sold millions of copies and is now available on iTunes. A percentage of Hymns for the Rebel Soul‘s proceeds will go to Africa Live!, a non-profit organization founded by Dawuni, whose mission is to preserve, restore, and reinvigorate the Ghanaian live music scene.