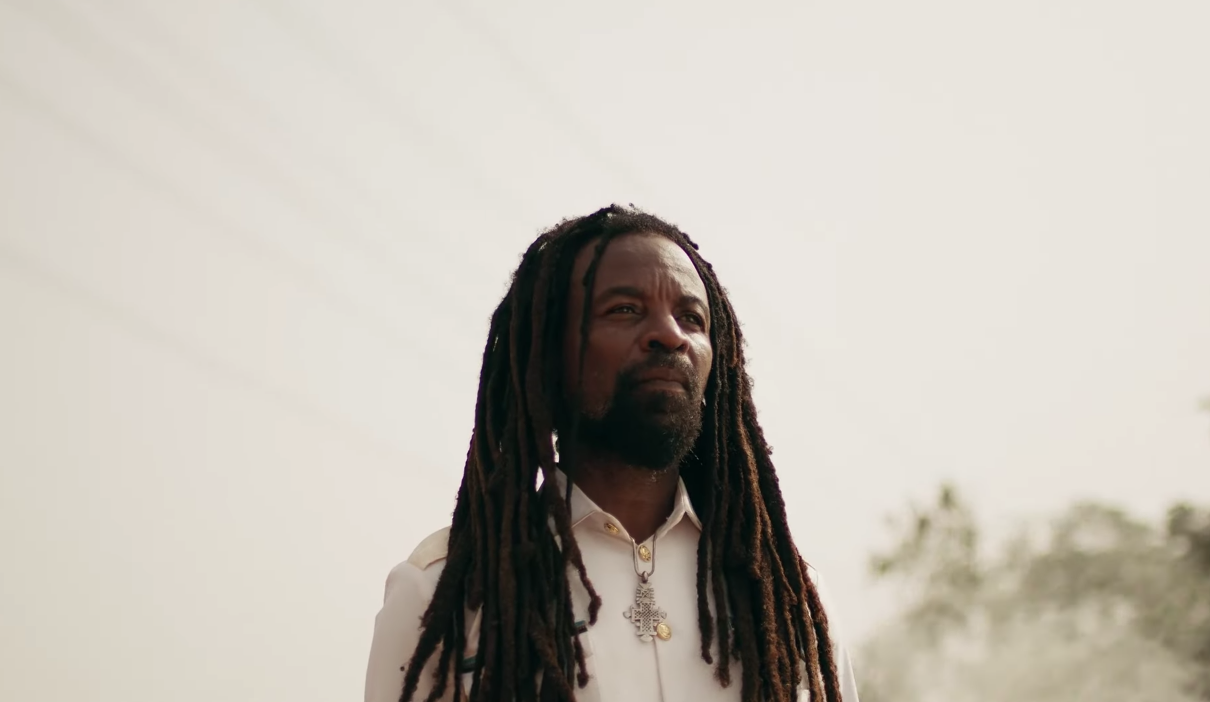 ​Rocky Dawuni, Ghana’s two-time GRAMMY–nominated musician and actvist returns with the brand-new video for “Neva Bow Down” — his first new single since his nod for “Best Global Album” for Voice of Bunbon, Vol. 1 at the 64th Annual GRAMMY Awards earlier this year. On “Neva Bow Down” Rocky teams up with rising Jamaican star Blvk H3ro to release the global roots anthem. The powerful new single distills elements of pop, dub, and reggae for a modern take on “rebel music.”​“Neva Bow Down” premiers online on Friday, October 7th, 2022 and on terrestrial TV in Ghana. According to the Rocky, “the video is a picturesque narrative of the rising voice of the youth trying to understand and articulate their need for systemic change and inclusion. It is a thoughtful and beautifully shot visual feast of a hypothetical confrontation of an awakened people and the broken systems that seek to impede them.”

Directed by Slingshot, the rising young Ghanaian director and cinematographer who has already partnered up with Rocky on his “Wickedest Sound” video (Beats of Zion) and on “Beautiful People” video (Voice of Bunbon, Vol. 1) Slingshot describes the “Neva Bown Down” video as “a visual depiction of the fatigue in the very fabric of the tolerance level of the masses who are tired of the elitism and are on a quest to break loose of their mind control.” The video was shot on the streets of Accra while Blvk H3ro was filmed at the beautiful Hen House Studios in Venice, CA.​The collaborative spirit of “Neva Bow Down” reconnects Africa and the Afro-Descendant Diaspora, drawing on Jamaica’s powerful culture of resistance. Together, Rocky and Blvk H3ro weave a tapestry of melodies with an unforgettable chorus, laid on top of producer Bob Riddim’s speaker-busting production. This protest anthem is a meditation on the current, dire state of global affairs and our collective power to change the course of history, serving as an inspiration for people to stand up for what is right and true.​

Rocky Dawuni’s signature Afro Roots style is a musical genre that reflects modern Africa. It is built upon the foundation of using cultural styles and integrating current innovations to create music that is inspiring, soul stirring, danceable and groovy. It is based on African Highlife music, afrobeat and global sounds. The song also has heavy Reggae touches. “I like to talk about Reggae music not outside of Ghanaian music or African music because I believe more that Reggae music needs to be transformed through African Music and African rhythms. As we know historically most Jamaicans originated from what is now called Ghana. We share a common ancestry. The opportunity to innovate the sound and make it more African is part of what the Ghanaian scene needs to be.”

​​Rocky Dawuni straddles the boundaries between Africa, the Caribbean and the Americas to create his appealing Afro Roots sound which fuses elements of Reggae, Afrobeat, Highlife and Soul that unites generations and cultures. Dawuni’s charisma and galvanizing performances have endeared him to crowds around the globe where he has shared the stage alongside luminaries including Stevie Wonder and John Legend, among many others As a dedicated activist, Rocky has been a leading voice for social and environmental transformation and currently serves as UN Goodwill Ambassador for the Environment for Africa. Rocky believes “that music is the medium to strike a chord that transforms our collective intentions into a vehicle for positive social change.”

​Blvk H3ro (pronounced Black Hero) is one of Jamaica’s most exciting and original young artists, but he’s far from new to the scene. Over the past half-decade, he’s built an impeccable track record and fervent following with his uplifting and ambitious modern reggae sound, while collaborating with the likes of Bunny Wailer, UB40, Equiknoxx and Skillibeng. Jamaica’s Prime Minister, Andrew Holness, has even sung his praises, commending his song “It Nuh Easy” for its positive influence on Jamaican youth during a recent speech to the nation.