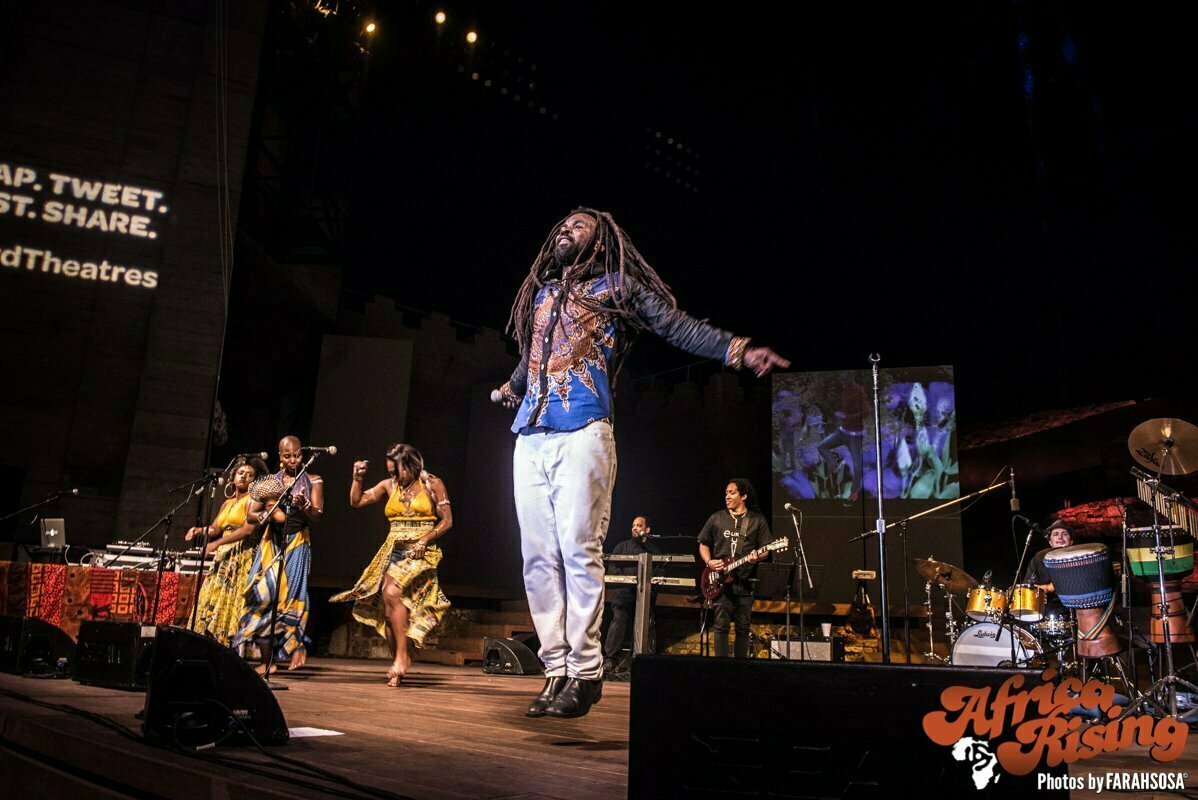 On October 15, 2016, the Ford Theatres came alive for AFRICA RISING, presented by Afro Funke’ and taste maker radio station KCRW 89.9FM.  It was a spectacular night that highlighted the African contributions to global culture and the multi-cultural renaissance of the African Diaspora within Los Angeles.

The ecstatic crowd was also treated to appearances by very special guests including R&B soulstress RES, grandson of Bob Marley, Daniel “Bambatta” Marley and master African percussionist Magatte Sow of Angelique Kidjo fame, who all joined Rocky Dawuni on his smokin set which featured an amazing mix of Reggae, Afrobeat and Ghanian Highlife. The night combined music, visual arts, dance and activism into a one of a kind experience. AFRICA RISING was hosted by world renown actor and activist Isaiah Washington who led the crowd on this uplifting journey through the African Diaspora.

Please check out some amazing photographs of AFRICA RISING in this gallery by Farah Sosa. http://www.farahstop.com/2016/10/ford-theatre-kcrw-899-fm-afro-funke.html More photographs and live video coming soon!

Thanks to all of the performers, supporters and attendees who participated in AFRICA RISING, we truly appreciate you all for helping to bring amazing this show to life.  Look out for this event coming to a city or country near you soon!