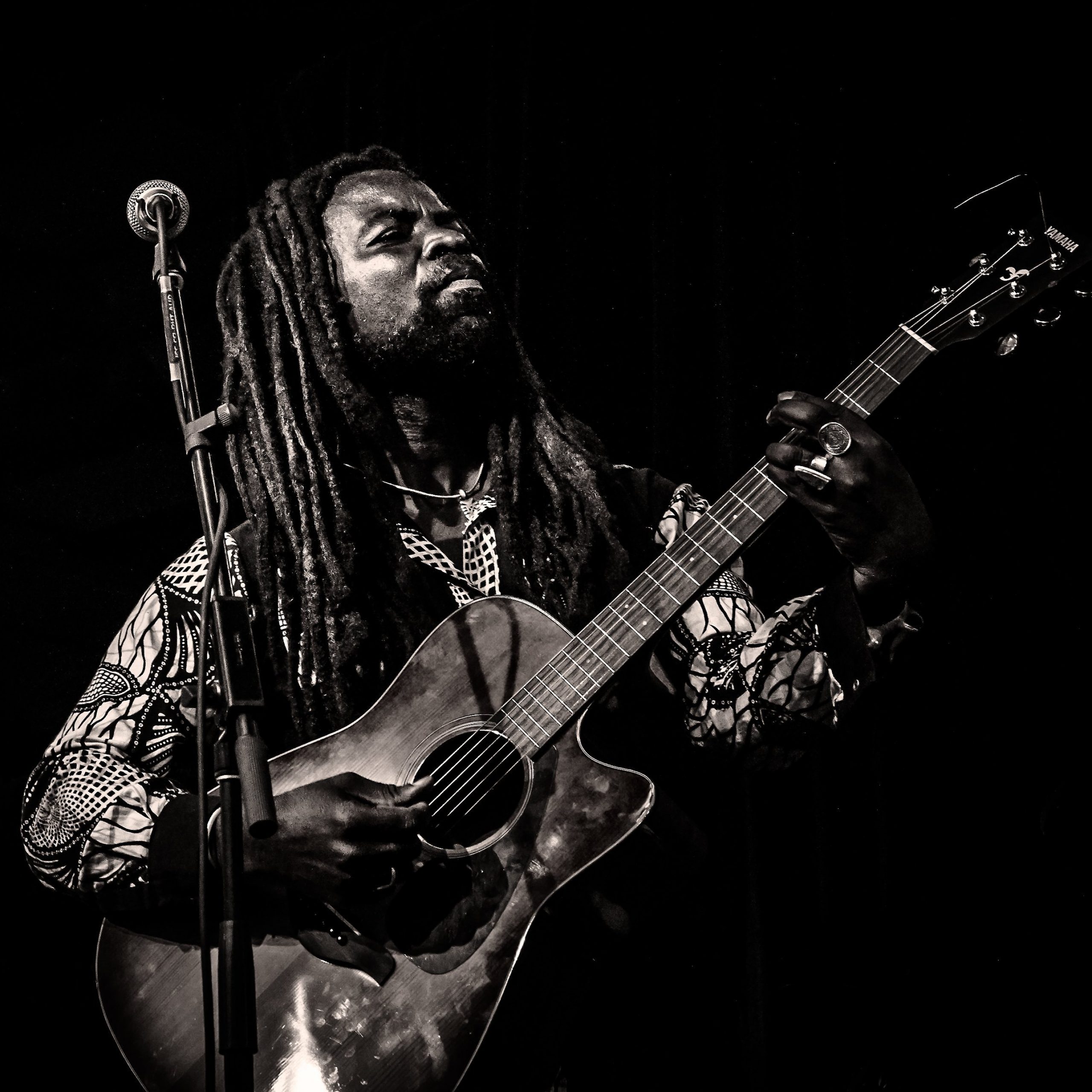 ROCKY’s GRAMMY WOULD BE THE FIRST FOR GHANA

Rocky Dawuni revealed plans for a tour in the US, Europe, and Africa on the heels of his second GRAMMY nomination. Rocky will be attending the 64th GRAMMY ceremony in Las Vegas and should he win, it would be the first for his country of Ghana. Immediately following the GRAMMYs, Rocky will be in Los Angeles to perform at a fundraising event for OmniPeace, the Rock Rwanda Benefit, hosted by Billy Harris and honoring Kevin & Christine Costner. OmniPeace Foundation builds schools to empower youth in Africa. Their 2022 Legacy Project will train a brand-new group of Rwandan music teachers with the goal of placing a music teacher in every primary school in the country.

“An artist who was named by CNN as one of ‘Africa’s Top global stars’……(Rocky’s music) cements this notion with a soaring anthem complete with bright percussion and majestic horns, and Dawuni’s vision and themes of global unity certainly make him an artist with a conscience and an ability to connect with people on a social, political and spiritual level.” – Take Effect Reviews

“Rocky Dawuni’s album manages to retain the reggae sound that made him famous and pay homage to Ghanaian culture while promoting the messages of global unity and oneness that he has so passionately advocated for.” – Black Grooves

As an advocate for environmental and humanitarian issues and a beloved voice for his country, Rocky was named a UN Goodwill Ambassador for the Environment for Africa. In this role, Rocky recently participated in the UN Environment Assembly (UNEA) in Nairobi, Kenya where he addressed and performed for delegates during the landmark signing of the plastic pollution resolution.

Rocky has also been busy promoting his current release – his signature “Afro Roots” sound featured on the album “Voice of Bunbon, Vol. 1”  which is nominated for the “Best Global Music Album” Grammy – with featured interviews on the BBC, CNN, VOA and more. Voice of America called it a “meditative new EP that harks back to the values that inspired his musical journey in the first place…presenting a globalized version of African culture.”

Rocky has revealed plans to tour starting in the summer, including dates in the US and Europe and of course back home in his beloved Africa.

“The unspoken guarantee with any Rocky Dawuni song is that it will take you higher, that it will move your heart and body in equal measure.” – PopMatters

“African reggae star Rocky Dawuni continues to demonstrate he’s one of the most exciting artists coming out of Africa.” – World Music Central

Rocky Dawuni on Voice of America The Red Carpet (January 2022)