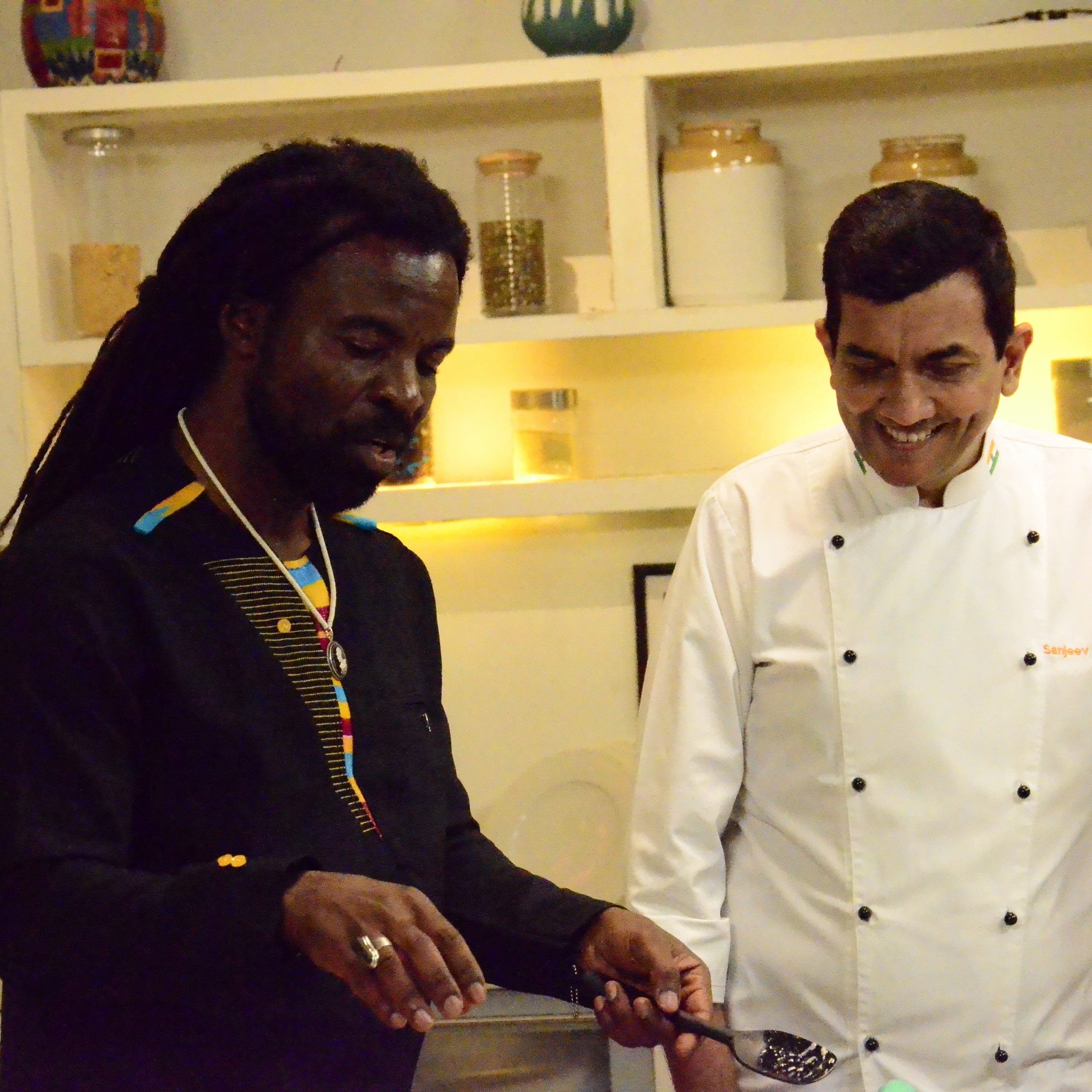 [vc_row][vc_column][vc_video link=”https://youtu.be/Q4HPmEfjfYM” css=”.vc_custom_1470348513881{padding-top: 30px !important;}”][vc_column_text]Rocky Dawuni visited Master Chef Sanjeev Kapoor’s world famous Khana Khazana TV show in Mumbai last week to share their love of cooking, music and activism. Rocky prepared the classic Peanut Soup and Rice Balls (vegetarian style) from his native country of Ghana. They then jammed out together in the studio with Sanjeev on drums and Rocky singing! They also discussed their mutual commitment to clean cookstoves and their work with the Global Alliance for Clean Cookstoves which is part of the United Nations Foundation.  Sanjeev is an author of more than 250 cookbooks, has an retail empire of his signature sauces & spices and over 100 million weekly viewers for this India based TV and You Tube Channels and his a committed activist.

“Food is music to the body, music is food to the heart.”  Rocky Dawuni [/vc_column_text][vc_custom_heading text=”About Master Chef Sanjeev Kapoor” google_fonts=”font_family:Roboto%3A100%2C100italic%2C300%2C300italic%2Cregular%2Citalic%2C500%2C500italic%2C700%2C700italic%2C900%2C900italic|font_style:700%20bold%20regular%3A700%3Anormal”][vc_separator][vc_column_text]Sanjeev Kapoor is the most celebrated face of Indian cuisine today. He is Chef extraordinaire, runs a successful TV Channel ‘FoodFood’, author of best selling cookbooks, restaurateur and winner of several culinary awards! He is living his dream of making Indian cuisine the number one in the world and empowering Indian women through power of cooking to become self sufficient.